A trip to Cork City is a must. Voted as one of the Lonely Planet Top 10 cities to visit in 2010, the city has so much to offer. There are numerous attractions from the delightful Cork Butter Museum, Cork City Goal and the Shandon Bells.Follow in the Queen of England’s footsteps and visit the renowned English market.

Cork City is Ireland’s Second largest city, with Dublin the capital being the largest. Despite this Cork is referred to as the “Real Capital” by Corkonians and is know as the Rebel. County.

Cork has always been an important seaport. It began on an island in the swampy estuary of the River Lee (the name Corcaigh means a marsh), and gradually climbed up the steep banks on either side.

Today the river flows through Cork city in two main channels, so that you find yourself constantly crossing bridges and hence Cork City’s coat of arms bears the motto ‘A Safe Harbour for Ships’.

Some of the main streets are built over channels where ships nuzzled their anchor-chains a century ago. Along the South Mall, you will see large gateways at street level, under steps leading to a higher main door. These were once boathouses, when merchants arrived at their warehouses by water.

As the hilly streets go up and down, so do the voices of the citizens. They have a characteristic sing-song cadence, beloved of national comedians, and Corkonians are regarded as the most talkative of all the Irish.

St. Finbarr is the founder and patron saint. He founded a monastery in the seventh century where Saint Fin Barre’s Cathedral now stands, and it grew into an extensive and wealthy establishment. It attracted the attention of the Viking sea-pirates who raided and burned the infant city, but returned in later years to settle and trade. The Anglo-Norman invasion in 1172 resulted in both the Danish lords and local McCarthy chiefs having to submit to Henry II, but Cork has always had a reputation for independence and stubborn resistance: it came to be known as “Rebel Cork”.

The best way to see the city of Cork and sample the flavour of its life, is to walk. There is a signpost Walking Tour, so get the accompanying booklet and set off to explore the hilly streets and meet the people.

St. Finn barre’s Cathedral is a splendid triple-spired example of French-gothic architecture. It stands where the saint established his monastic school about 650 AD. Among its most striking features are the fine rose window, the mosaic pavements and the elaborate carving throughout.

Walk along the Western Road to Tudor-Gothic University College with its attractive riverside quadrangle, and visit the Honan Chapel there. It is modelled on Cormac’s Chapel at Cashel, and has a superb interior including stained-glass windows by Sarah Purser and Harry Clarke.

Make your way up the North Main Street where the Cork Vision Centre is located, then over North Gate Bridge and climb up Shandon Steeple, the tower of which you will have noticed dominating the north side of the city from its lofty hill-top position. Two sides of the tower are faced with red sandstone, two with white limestone – “Partly coloured like the people, red and white is Shandon Steeple” goes an old doggerel. Its peal of eight bells, cast in Gloucester in 1750, have become famous, and you may play them yourself, from “music” cards supplied. Your rendering of Danny Boy or Ave Maria will drift gently down the hill and over the river, to be heard all over the city. Corkonians depend on Shandon clock for their time, and its fish weather-vane for their weather forecast.

Visit a few of the churches: St Mary’s Cathedral, north of Shandon, with its notable carvings; the graceful Father Matthew Memorial Church, St. Mary’s Dominican Church where is preserved the “miraculous” statuette of Our Lady of Graces.

Walk up a bit of Patrick’ s Hill, if you have the legs for it, just to feel the steepness. Then maybe up Summer Hill or Wellington road which runs parallel till you come to St. Luke’s Cross and Montenotte, the latter the former residential area of the Merchants of Cork, from here you can look down over the port and harbour, and the river widening away to the south passing Blackrock Castle and on towards the sea.

Back on “the flat” of the city again, See the City Hall, a fine modern building nicely reflected in the river. Visit the Markets, The English Market with openings off Princes Street, Patrick Street and the Grand Parade, a covered market for fish, fruit, meat and vegetable, on the Coal Quay (pronounced Kay), the open-air market which is as much part of the folk-culture of Cork as is Shandon.

The Crawford Gallery in Emmet Place houses an interesting sculpture collection, including some Rodin bronzes and a fine collection of paintings. In the Grand Parade you will find the Berwick Fountain, The National Monument, and Bishop Lucey Park, which you enter through magnificent gates, which have been relocated from the old entrance to the Corporation yard in Anglesea Street. Exit the park at the South beamish-crawford.jpg (24153 bytes) Main Street. Here you will see Beamish & Crawford Brewery where Beamish Stout is brewed and exported all over the world.

You will hear Corkonians refer to “the statue” (it may sound like “de statcha” in some voices). They will be talking about the monument to Father Theobald Matthew, 19th century Apostle of Temperance. Unpopular as you might expect his cause to be in a place like Ireland, in fact it became a national crusade. His status at the end of Patrick Street, near Patrick’s Bridge, is Cork’s best known landmark

The Old Gaol in Sunday’s Well has been restored and is one of the many Visitor Attractions in Cork. It tells the story of the everyday life in the Gaol in the 19th and early 20th centuries. Some of the original cells have been restored and an Audio Visual programme has been provided.

Looking for Night Entertainment try the Cork Opera House for a wide range of Music Events and Plays and also the Everyman Theatre on MacCurtain Street or for more information on nights clubs and take in some of Cork City’s traditional Irish pubs here and Cork City Live Gig venues. 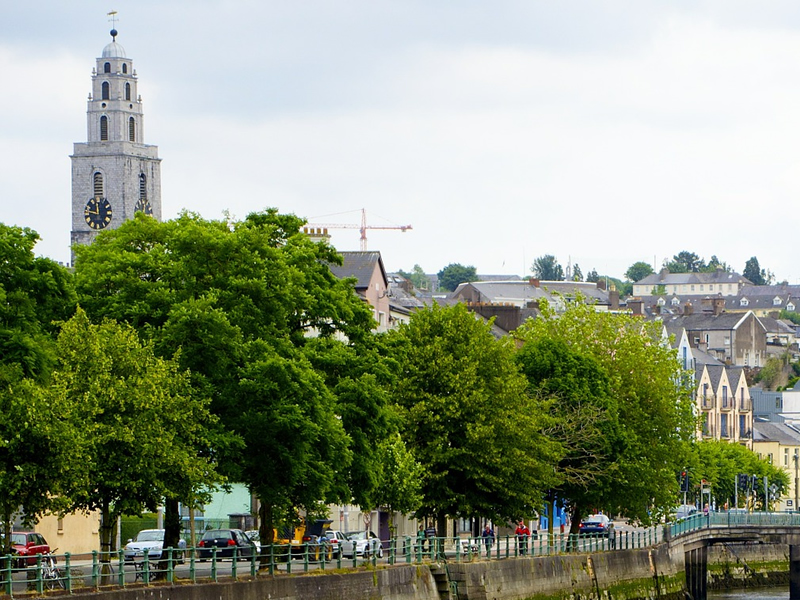 For more information on what’s on and things to do click here to visit the official Cork Tourism website.